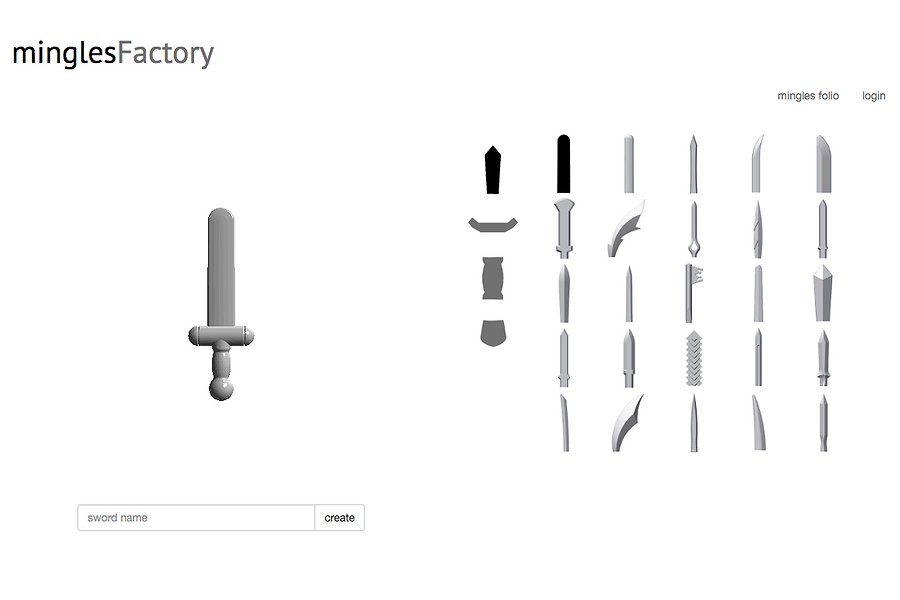 A platform in which users can create their own LEGO Minifigure scaled swords from a possible 221,000 combinations using a library of 3D models I designed in Autodesk Inventor.

Users may design a swords and generate a link to purchase a 3D printed version of it on Shapeways, a 3D printing marketplace. This application is built using the Django Rest Framework and utilises React for the front end. three.js was used to create the 3D model viewer, the Shapeways API was build in to seamlessly upload the user created file to Shapeways, static files are hosted on AWS and the application is served by Heroku.

Below are some examples of swords created on mingles Factory, 3D printed by Shapeways in Strong and Flexible plastic. 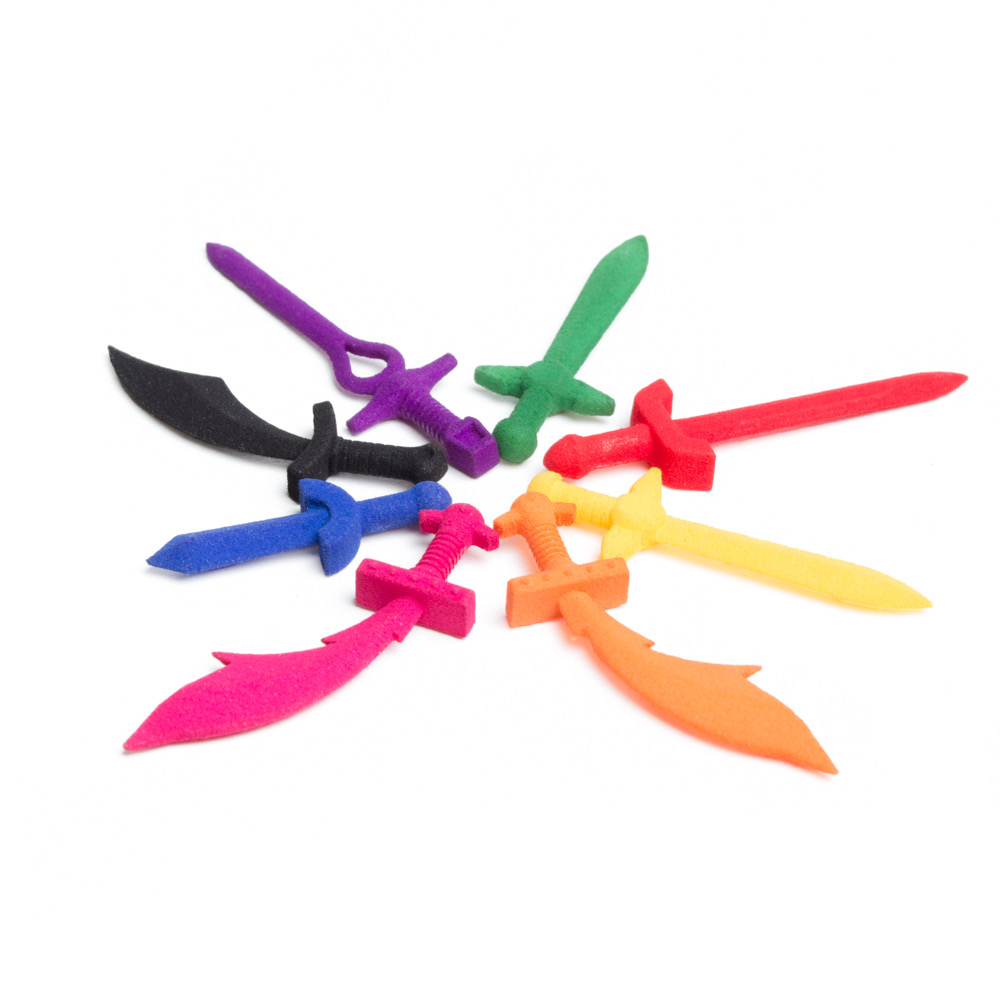