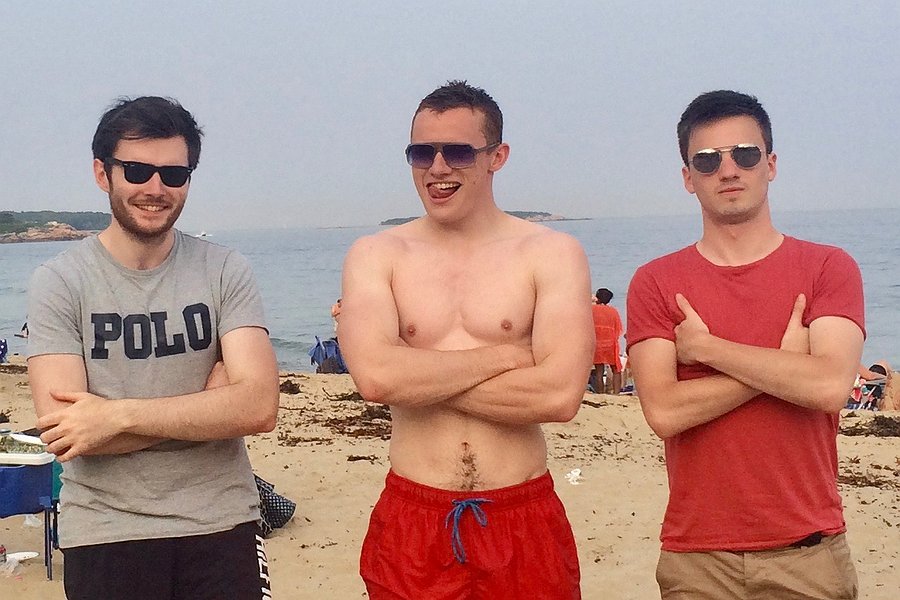 On our big Friday off, the quiet before the storm of the fourth, The Saltire Boys decided to get in a wee boat and paddle around the Charles River. It was no River Fourth, but I got to FaceTime my mammy in open water thanks to the 50 quid 4G, a quality of cellular signal never before seen in the town of South Queensferry. 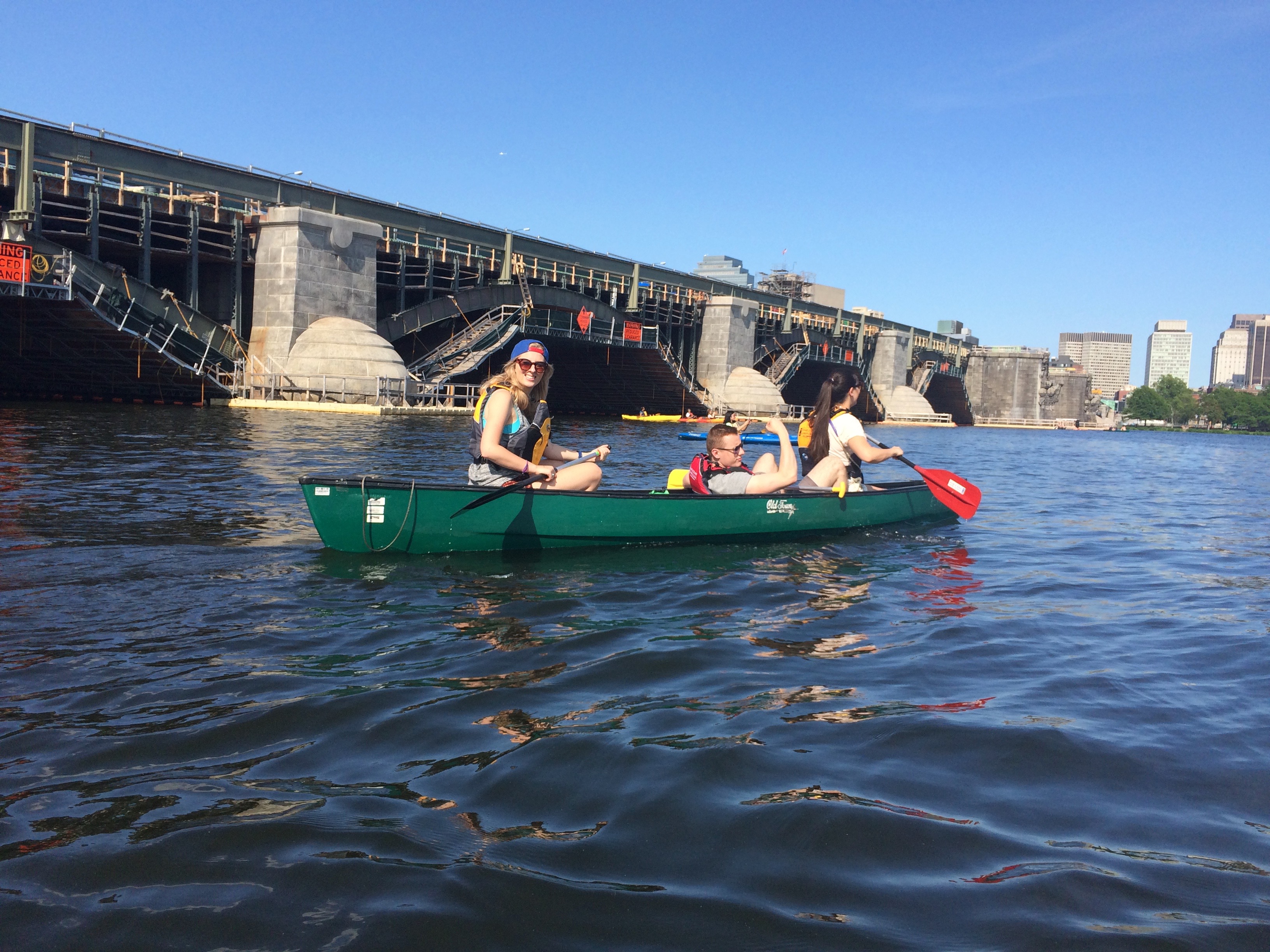 Takes Pain & Gain to get an arm that big

The morning of the fourth was fresh. The tartan skirt was put on with the sneaks for ease of amble and the journey to Allston for a farmers market which wasn’t actually there commenced. After a sugary pancake dusted with some more sugar finished by syrup and a little bit of strawberry for lunch, the Saltire Boys with only 33% of the boys went clothes shopping for some Independence kit. Unable to find any gear with Salmond’s face, I opted for the more conventional US flag t-shirt with nae sleves approach. Big night. 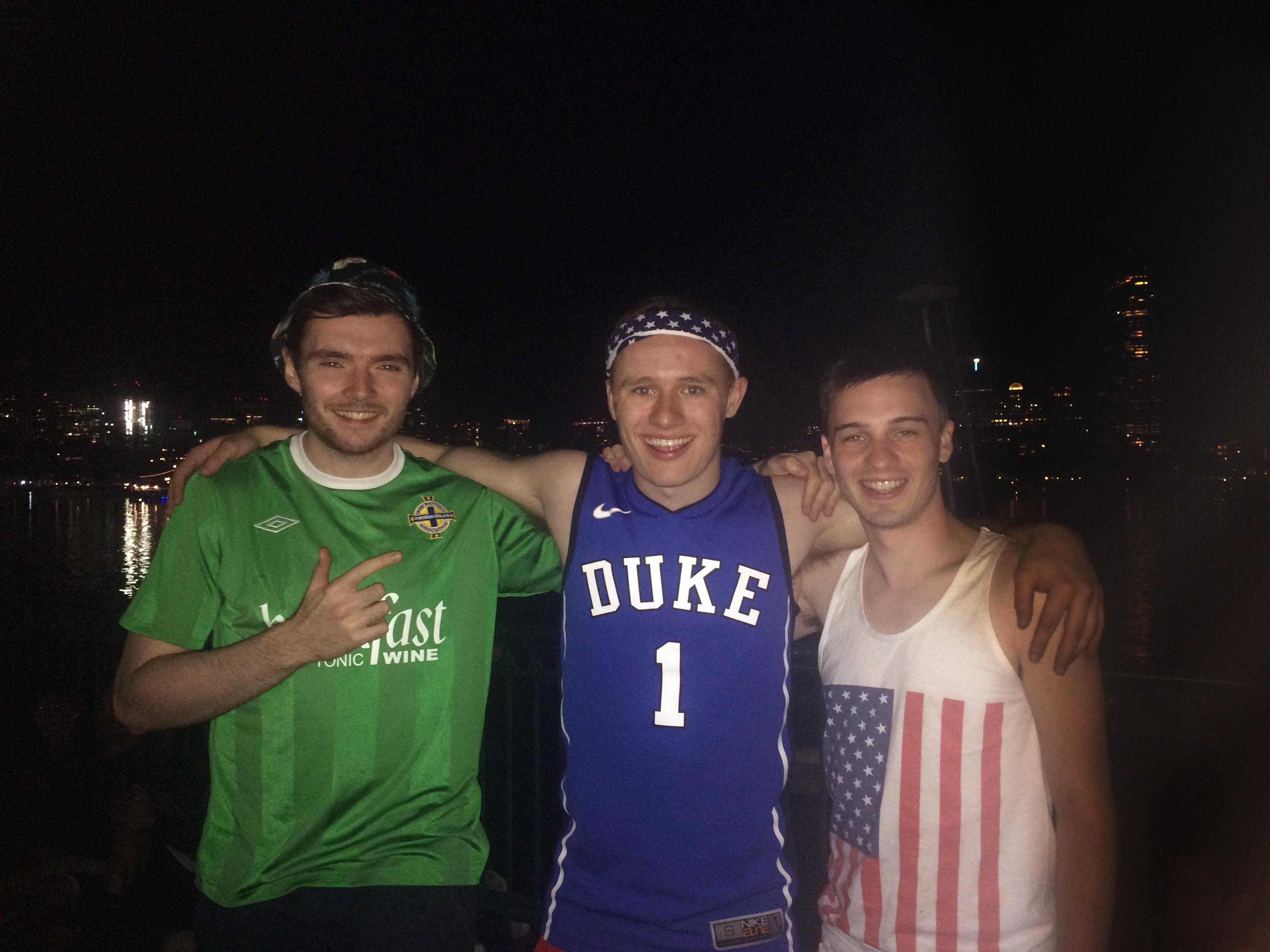 The following day, we went to an outdoor pool for some socially acceptable taps aff. Burnt, after floating in a chlorineless pool crammed full of children with weak bladders, I got my $5 mango juice and we walked very slowly home. Tough, tough weekend.

Over the last fortnight with NEHGS, my most significant contributions to their site has been the transferring of content from their previous site to their current one. This generally would entail a copious amount of copy pasting, but in an effort to use a little bit of my unay education, I wrote a piece of code to pull all the content from the old website and automatically put it in lots of pretty responsive tables. For the sake of simplicity, I will simply refer to it as “The Algorithm” from here on in. Still recovering from the Fried Chicken with Waffles and Maple syrup from the previous night, The Algorithm was fully initiated and the HTML was procedurally generated and stuck into it’s own section of the site which may be seen here ( http://www.americanancestors.org/browse/town-guides/).

Every year in Boston, The Highland Street Foundation sponsors “Free Fun Friday” at NEHGS, which is where the company opens it’s door to the public. Dressed in the national garb, I stood outside, attempting to woo passers by into the door with a bit of family history patter. In an effort to avoid scaring the children, I turned down a $1 bet to flash a Duck Tour, an amphibious vehicle full of tourists that would have previously been used to invade Normandy. 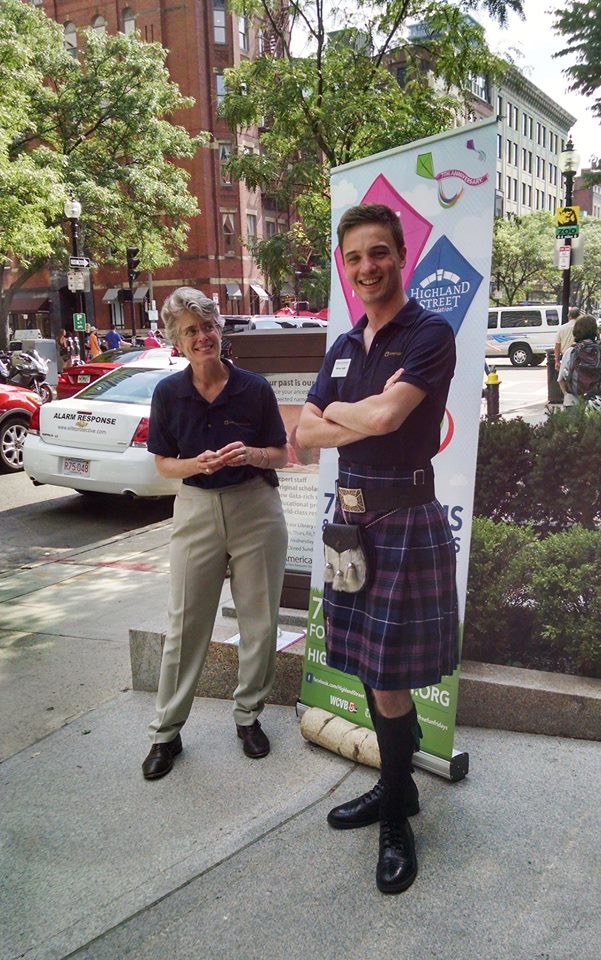 I’ve also been very fortunate to have lunch with both Helen Sayles and Katie Michaels of the Saltire Foundation. Helen was very kind to get us all Red Sox tickets against the New York Yankies. We joined in on all the songs and pretended to understand what was going on. Was wonderful to see such a family friendly atmosphere devoid of any sectarian chanting. 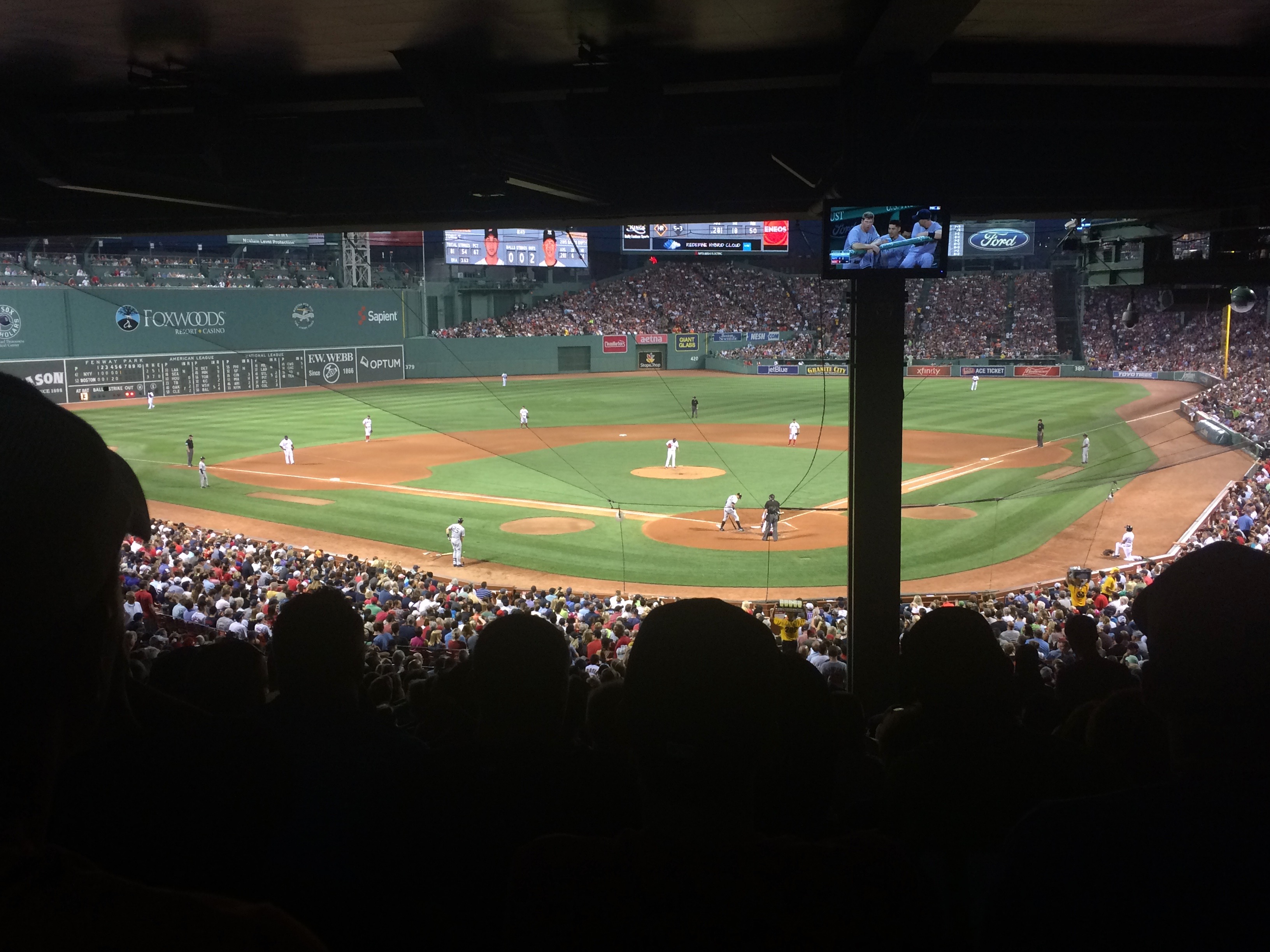 A day to the beach was also had. Myself, fuelled by McDonalds for breakfast, the resultant of a late evening of light drinks and dancing in Boston’s self proclaimed “The Greatest Bar”, The Saltire Boys got the Commuter rail to Manchester by The Sea. It was here we met Mike, a well traveled gentlemen and a fan of Trainspotting. Mike had dabbled in hard drugs in his youth, but now spent his time enjoying the sandy beaches of New England. Liv also stole a ball from a child and we had a big game of passy. 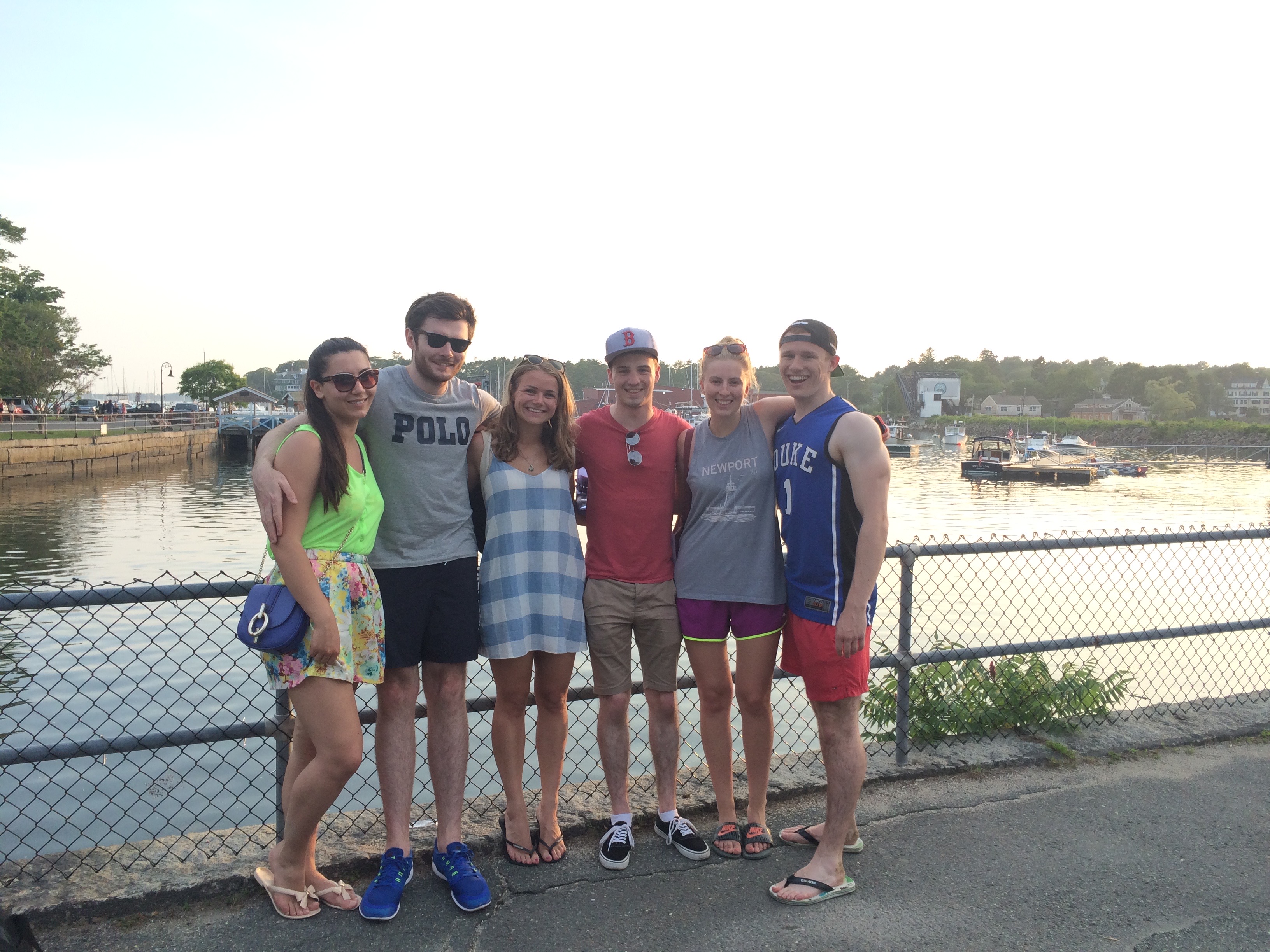 At work, I’ve been working on what we’ll call for the sake of consistently shocking chat, “The Algorithm 2.0”. “2.0”, over just “2”, because it looks more computer sciency. This little Python script strips all of the genealogical article links from a webpage and iterates through them, pulling all the relevant content from each page and storing it in a dictionary, a data structure from which all the HTML can be dynamically generated so I don't actually have to look at any of the 500 or so articles individually. I'm sure you'll get a wee sneak peak next time.