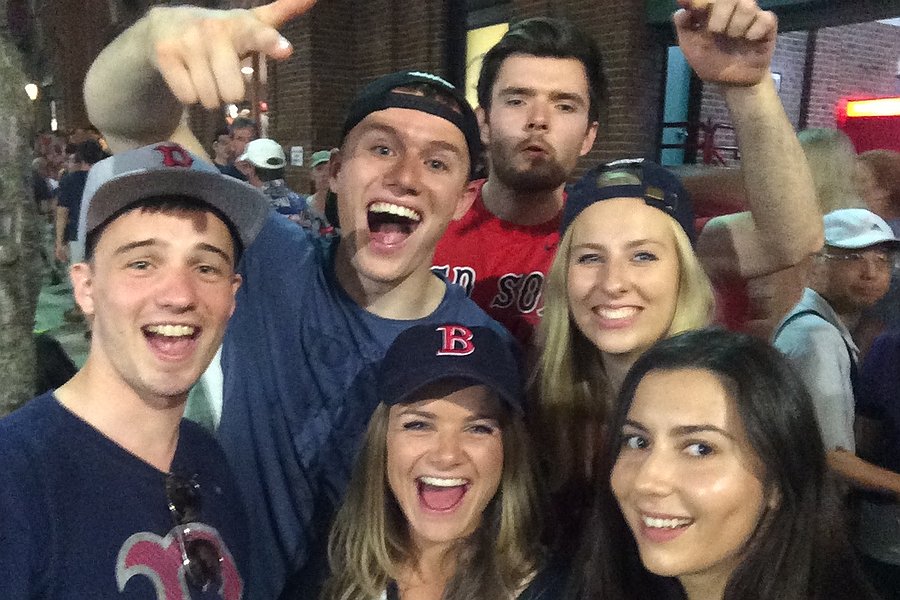 During the week, we partook in our accommodation, Northeastern University’s “trivia night”, an American University’s ice breaker equivalent to a pub crawl, without the pub or the crawl. It was here we met all the other interns by forming our own Saltire team and not speaking to any other interns. We took a fair bashing due to the heavy bias on American Questions. Entertained them all with the word “fortnight” and was in bed by 8pm. Big night in America.

Using my name badge from work, a magical card which gets myself and a guest into all of the cultural institutions of New England through some reciprocity agreement nobody else has ever heard of, I was able to argue my way into the Aquarium for free to see all the fishes and get offered $30 for a photo which is already printed out before you decide if you want it or not. 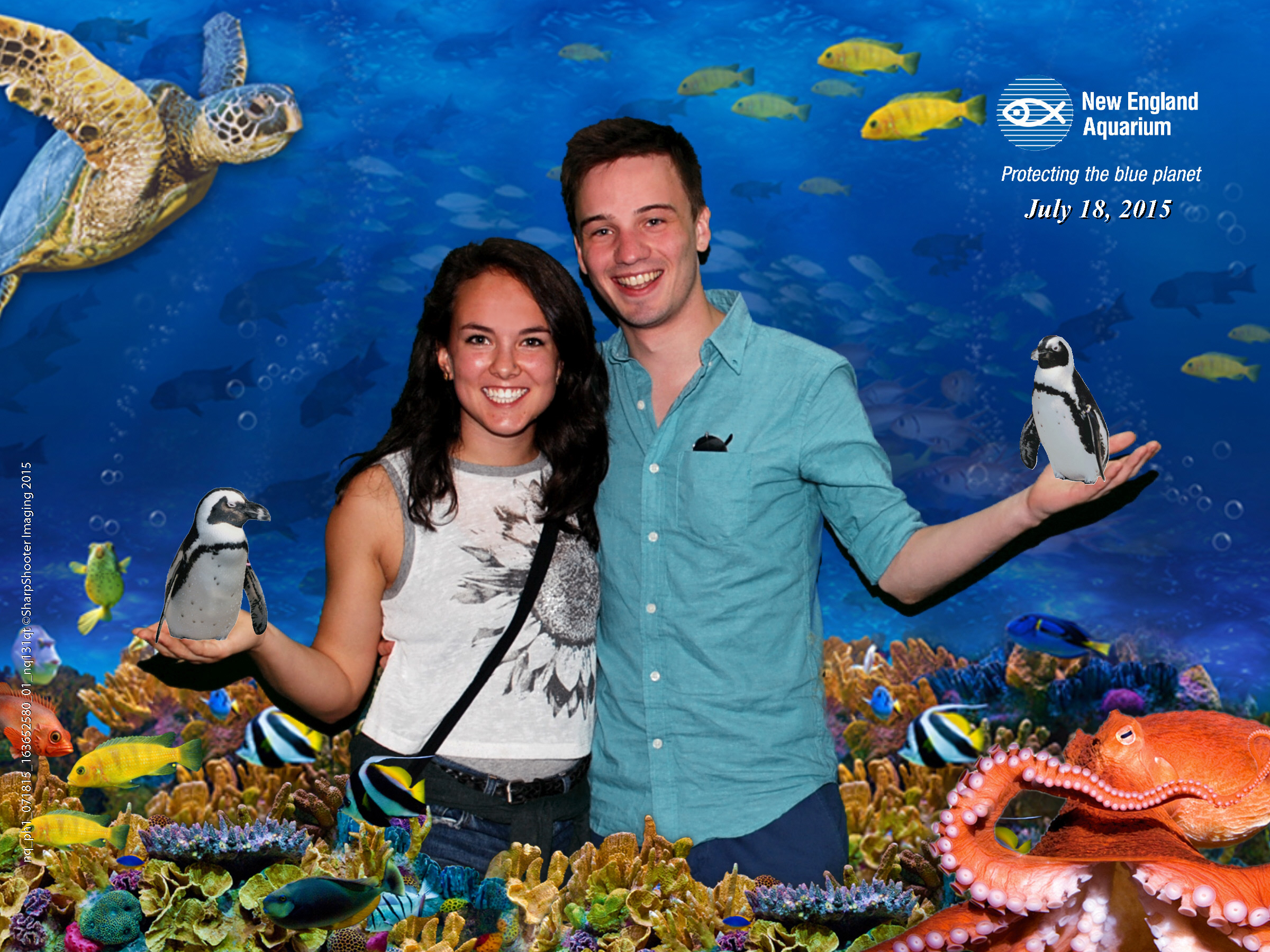 Chelsea, a native of this foreign land, and I with rare micro penguins.

They do however give you a code which enables you to buy it digitally online, again for 30 dolla dolla bills. One can however, if they are so inclined, take the image ID from the thumbnail URL and rake about in their site’s root directory for a PHP script which displays the full thing for free, allowing you to get it on Faceyb to prove the day actually happened to all your internet pals. Here's a question. Is it morally wrong to exploit a company with an incompetent website for your own $30 gain? Perhaps. Here’s another question. Do I give a fuck?

We also went on the famous Boston “Duck Tour” on the Sunday, the very amphibious vehicle I failed to flash in my previous blog. Operated by a gentleman that would’ve fitted in too well with the staff at the BBC in the 1970s, we boarded the Duck “Fenway Fanny”, and the rest was history. 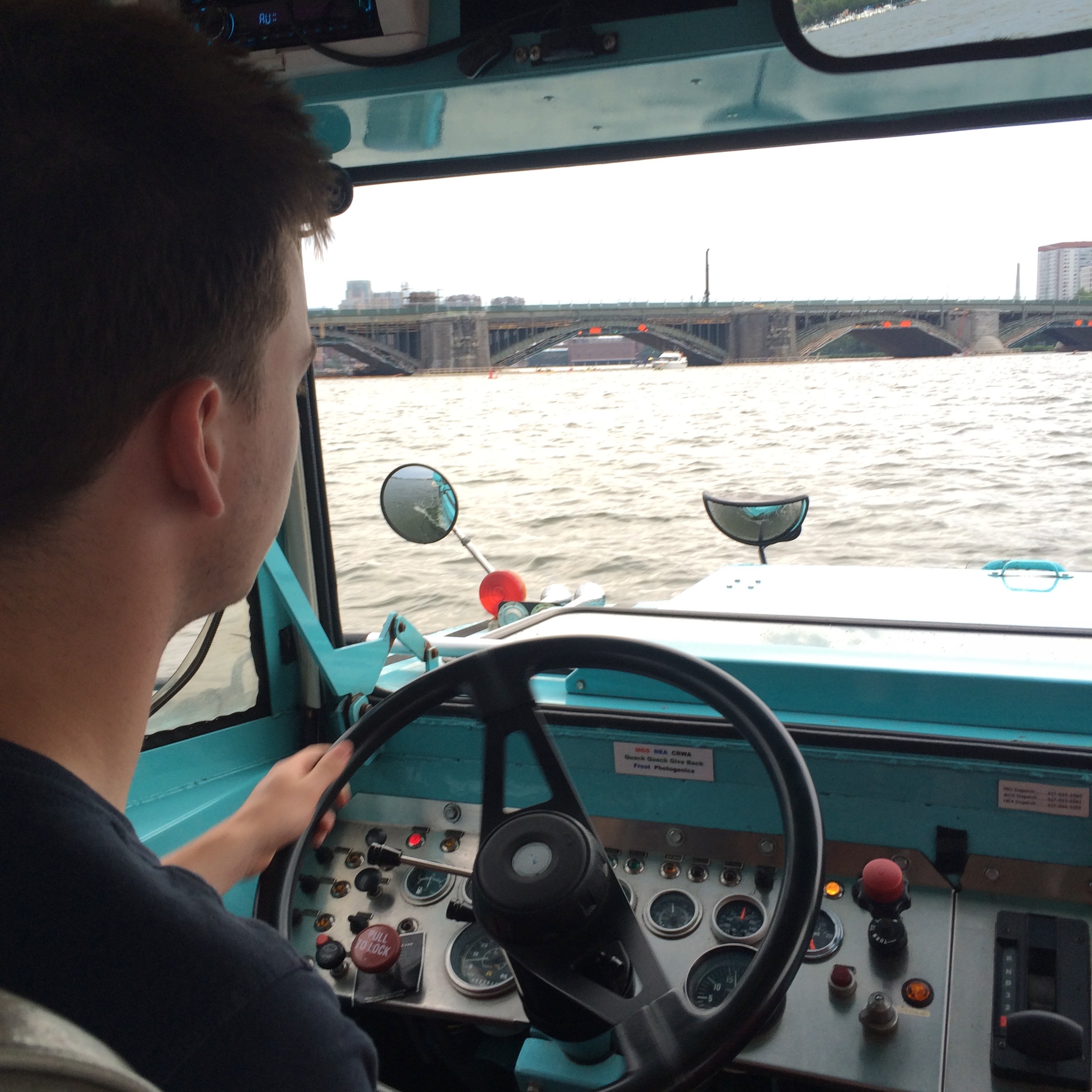 The bairns all got a shot, so naturally, I got one too.

At NEHGS, we had another intern for a day. The technician brought in his son for a bit of chat, so we had a three hour lunch in Five Guys where we discussed the finer details of chatting up the American ladies. The trick, he told me, is to complement them on their looks and then just act cool and wait for them to make the move. With my my fill of “dating” advice from a 16 year old, I crawled back to my computer science - the only lady I’ll ever need (haha.)- to investigate further how to dynamically create webpages within a CMS with its illusive server side C# code. 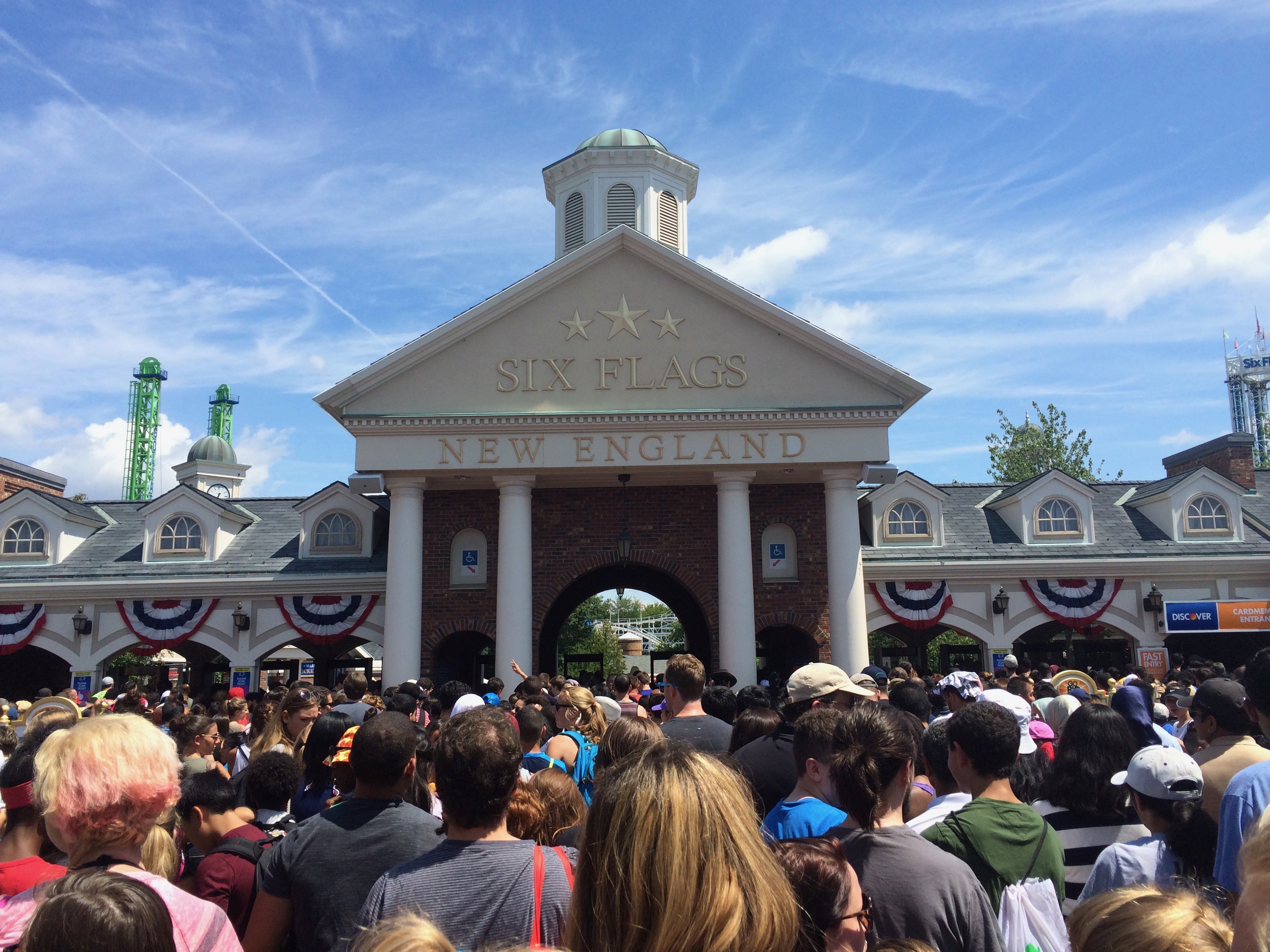 Just last weekend, we hired a car and visited Six Flags New England, an amusement park near Connecticut, where I unintentionally ruptured all of my internal organs on “The Goliath”, before wetting my trunks on a vertical flume with pneumatic floor. The boys barely made it to the cinema the next day. Southpaw with big Jake. Almost as good as The Fighter with #markymark. 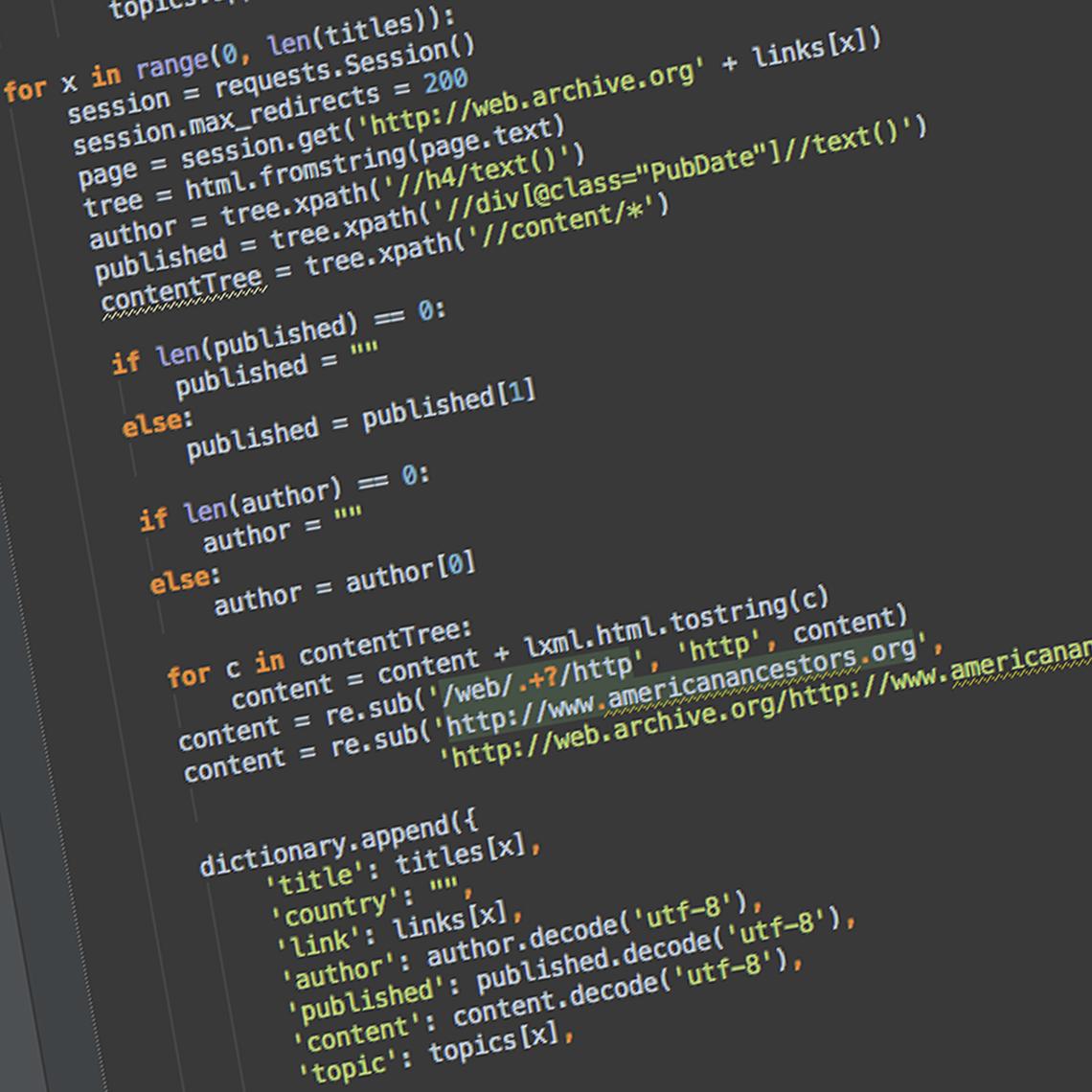 Some Python scraping I did before breakfast.

As I worked on the dynamically created pages on NEHGS’ site, I came to realise that coding 9-5 straight everyday isn’t tenable in the long term. The work itself however, at the time is fantastic; you get in a flow state and time zips by. I didn’t realise how mentally exhausting it was until my IQ dropped to that of a lettuce when I got home. I’m going to try and break up my workload throughout the day, attending more of the meetings I would normally miss because I was too wired to notice everyone left for the boardroom. 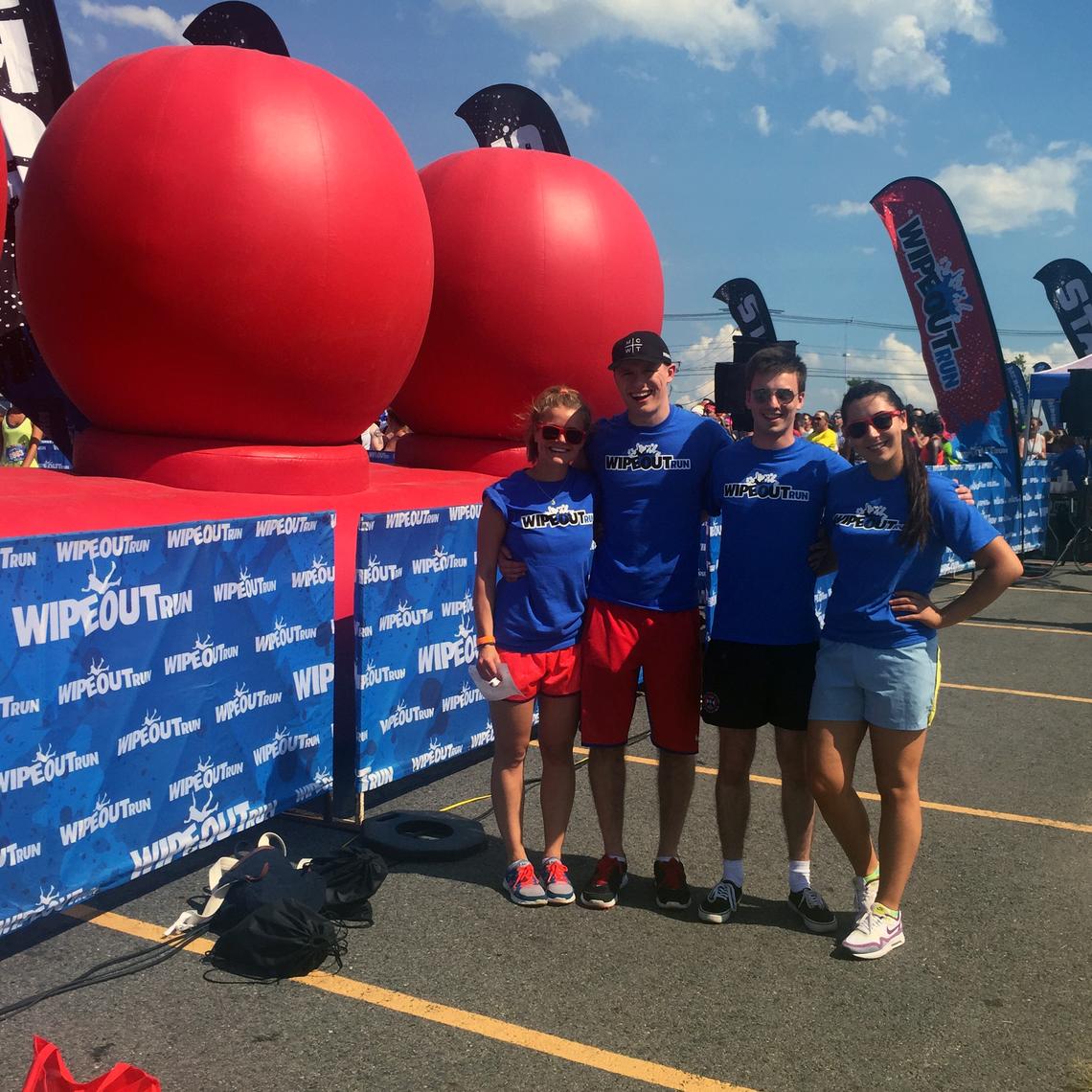 So red and ominous.

This last weekend, the Saltire Boys did a bit of #givingback, raising a wee bit of money for The Saltire Foundation, volunteering at, and doing, “The Wipeout Run”. The volunteering consisted mainly of packing away people’s phones, IDs and handguns so they didn’t get them pinched or soaked on the run. As soon as the run started, a pace not seen since 4th year in high school, it inevitably evolved into a leisurely stroll. We then got hit by balls. Balls in the face from every angle. Even big Coyle’s Saltire t-shirt was lost to the balls. So many balls. 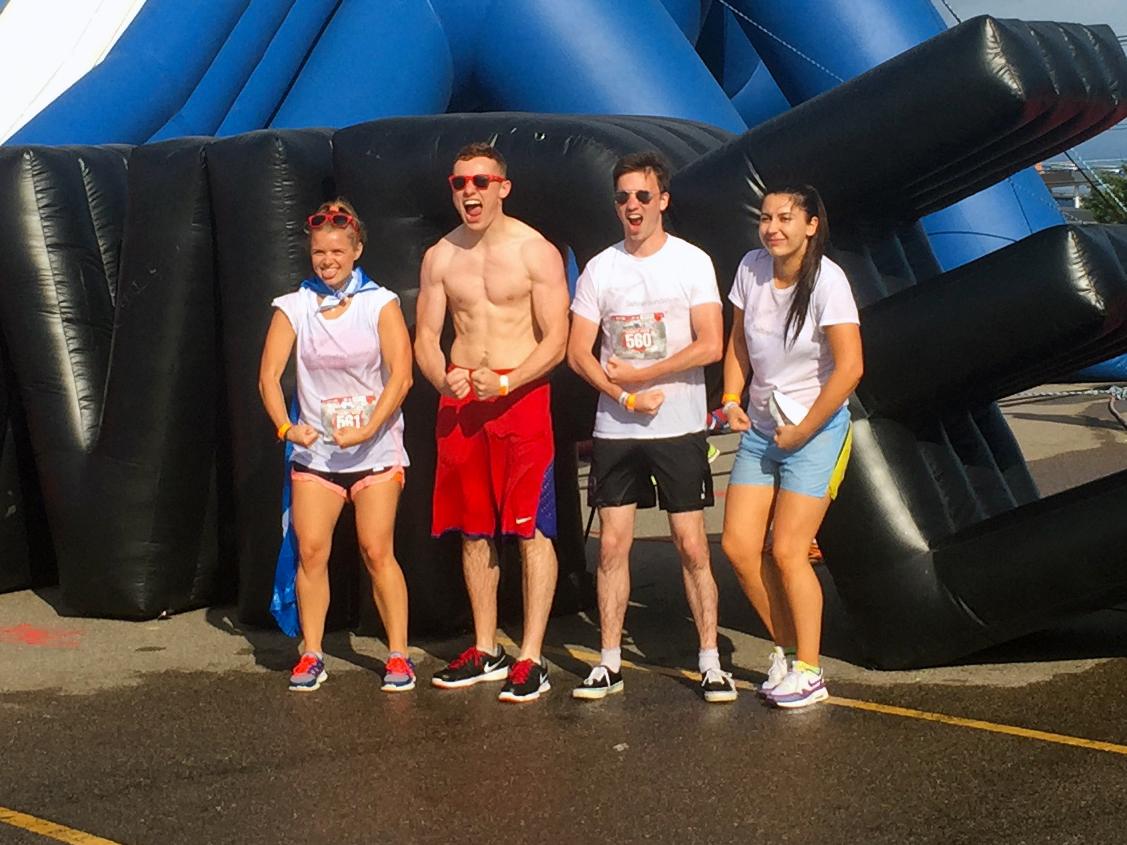